The Long Painful Road Back To Joy By Wondermutt 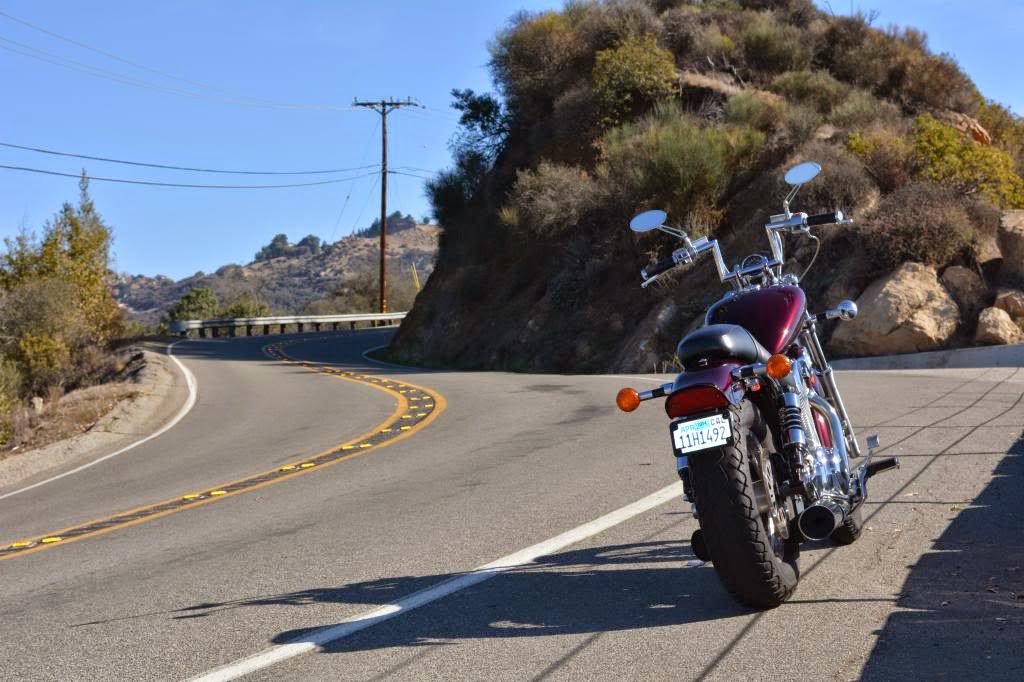 This is the story about me getting back to what riding used to give me, how it used to bring joy, back when I would ride, just for the sake of riding. Not many on this board know what happened to me, back in April, of 2013, I was hit by a woman in a car who wasn't paying attention. It was the type of hit that if I wasn't just around the bend from a fire station, and if those paramedics hadn't gotten me on that helicopter, I wouldn't be here to type this. I lost out on five months of my life, recovering from my injuries, but I also lost that desire that I once had, to just get out and ride, feel the wind, find those back roads and loose myself. I wasn't afraid of riding, the desire to go out just for fun was gone. I still commute on my bike, every day, 50 miles each way, but that's different at least for me, my commute has a purpose, back and forth to work, its something that I do, because I need to, not because I want to. 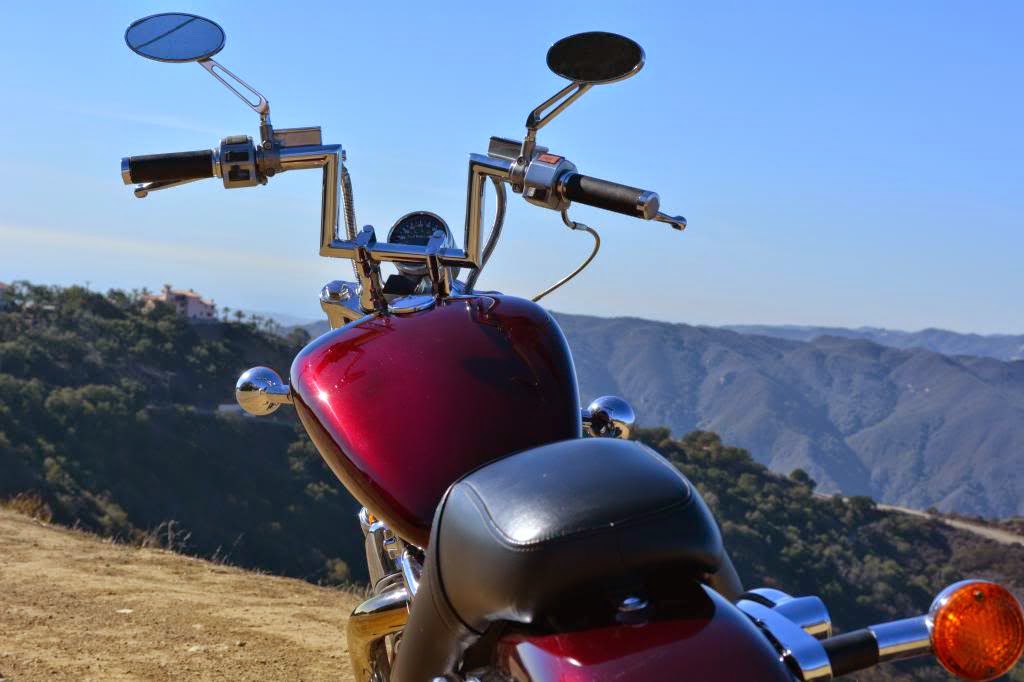 Everyone who I talked to after my accident, said I was crazy for wanting to ride, after all that had happened to me. Hell, even my Dr got mad at me, he had casually asked how my bike was, I told him that its fixable, but that's not a big deal because I have four others I can ride while I put it back together, he wasn't happy about that answer. My wife didn't have to ask, she knew I was going to still ride, and that I would be riding again as soon as I was healed up. There was one person who didn't say I was nuts, my father, he had asked how I felt about riding, and if I would still be riding. When I told him of course, all he had to say was, GOOD! 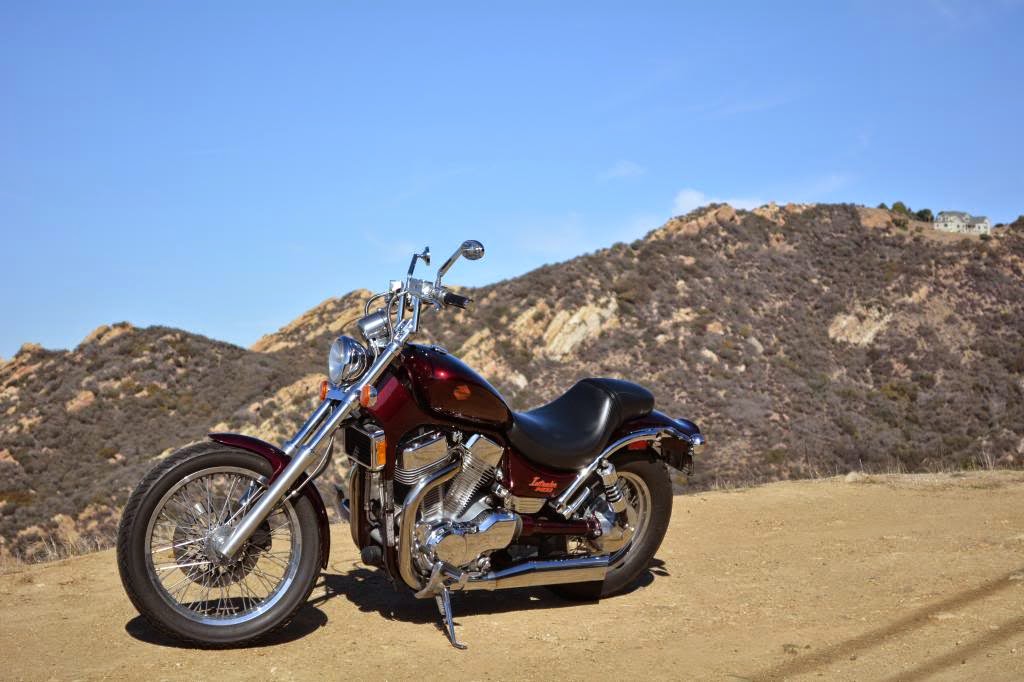 My Intruder was given to me by my dad, on his 80th birthday. He had bought it back near the end of 87, it was used with a few thousand miles on it. He loved it, I remember him bringing it inside and putting it next to the Christmas tree, it was a present to himself. He never did ride it much, I now know it was due to problems with his back, but that didn't diminish his love for that bike, it must have been hard for him to give it up, even though he was giving it too me, and I loved it. My Intruder is for me to have fun on, not to go fast, not to scare myself on, or to show off, its there, just for me to enjoy the ride, to love the ride... 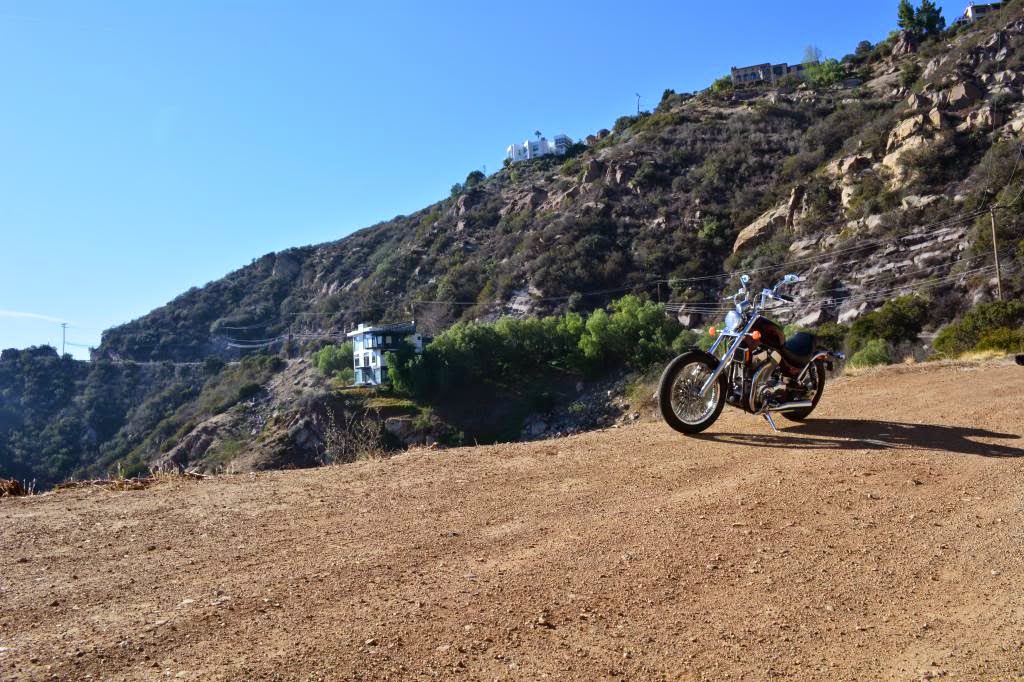 Today I enjoyed the ride, I rode not for any other reason than just to ride. It was beautiful outside, the road was finally calling me. I took a short jaunt through the Santa Monica Mtns, Up La Piauma, and down Stunt, roads that I haven't been on since before my accident, roads that I only take to recharge, and they were wonderful, heres a few pics

All Words & Photos © Wondermutt
Posted by Mario RJ Corbin at 10:31 AM