"A cast of B-movies greats rounds out this story of a troubled teen who discovers his old motorcycle gang is being led by a goody-goody with a different set of rules and a hot moll he definitely doesn’t deserve." - AMC 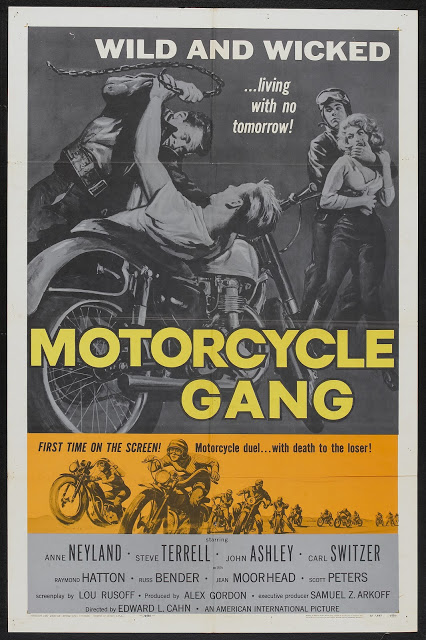 "The title tells practically all in the American-International exploitationer Motorcycle Gang. The film's main conflict arises from the rivalry between "good" cyclist Randy (Steve Tyrrell) and his "bad" counterpart Nick (John Ashley). Recently released from a jail term, Nick forces Randy (who received probation for the hit-and-run accident which landed Nick in the slammer) into a clandestine race. Despite the fact that he's a "clean" cycle-hog who likes to keep on the right side of the law, Randy agrees to the race, with near-disastrous results. One of the featured cycle punks is played by Carl Switzer, who despite his raffish appearance still closely resembles the "Alfalfa" character he'd essayed in the Our Gang comedies. Motorcycle Gang was released on a double bill with Sorority Girl." ~ Hal Erickson, Rovi. New York Times 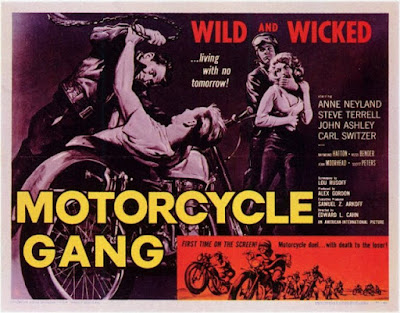 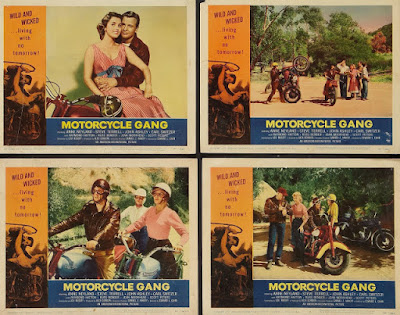 Thank You Motoblogn For Sharing This!
Posted by Mario RJ Corbin at 1:36 PM