Where Does The Triumph Rocket III Come From? Directed By Matt Golding

Where Does The Triumph Rocket III Come From?
By Triumph

In 2004 The Triumph Rocket III was unleashed and with it one of the best motorcycle commercials ever! 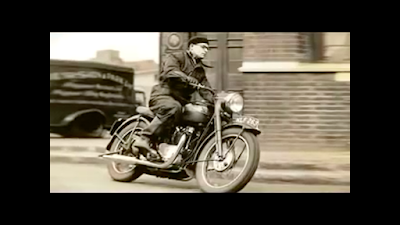 Ever since the dawn of time Triumph have been producing large powerful motorbikes in their Hinckley factory near Leicester. With over 900 years of motorbike building prowess behind them Triumph have created two wheeled motorbike classics. 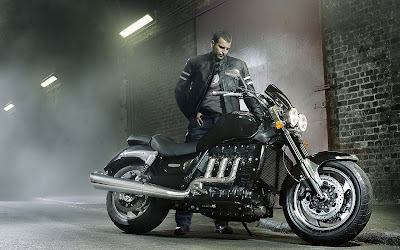 Including their latest invention the Rocket III. But how is this, the world's largest motorbike made? Much like its performance, construction of the Rocket III turns traditional motorbike assembly on its head. Thus the first part of the bike to be added is its center of gravity. The tiny items are made by hand in a hermetically sealed chamber where they are then pressurized; the engine itself is created next door. When creating the most powerful motorbike known to man the key is to use a motorbike engine not previously known to man. Engines this large cannot simply be built and instead are grown from embryo engines germinated in a nutrient rich sludge medium, injected with steroids and then kept in this bank of cupboards near the photocopiers to grow. 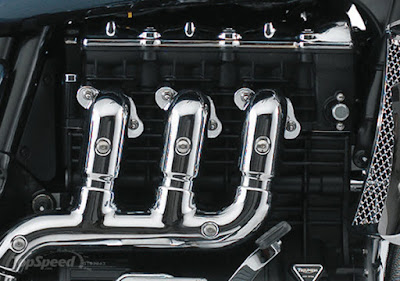 When they have reached adolescence the frame is attached and over 200 kilos of power are added. Its a delicate process too little and the bike will feel sluggish too much and it could explode. 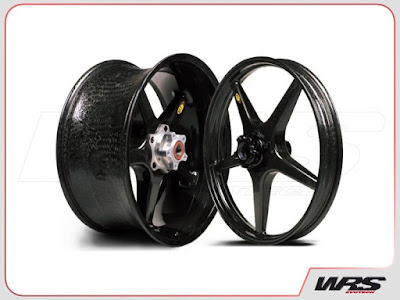 The wheels can now be bolted on and its sent into a special room where all the complicated bits are put on by men who read magazines about maths argument juice is added from the argument lobe of the female brain allowing the finished bike to change direction in an instant, improving handling, the same technology is used in modern fighter planes fun doesnt get into the bike by accident in this sound proofed area assembly workers play compilation tapes and jokes to the bike while it watches classic episodes of TV comedy shows from the late 70s up to the present day. 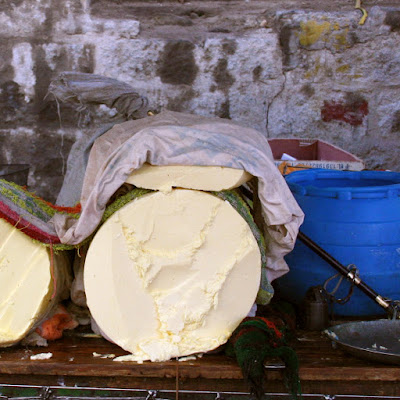 Fun is absorbed by osmosis and levels are monitored when full the bike is painted and baked.

The whole bike is chamoised with Yaks butter and only when the bikes resident gurning fool can see himself reflected as a thing of beauty is the bike released for testing.

Testing is accompanied by banjo music for safety purposes. The tests themselves look to asses maneuverability and performance in real world situations Here we see; an emergency stop for someone whos dropped their badger in the road, practicing control in the advent of hitting a lard spill, and a safety procedure for getting home if your front wheel falls off. 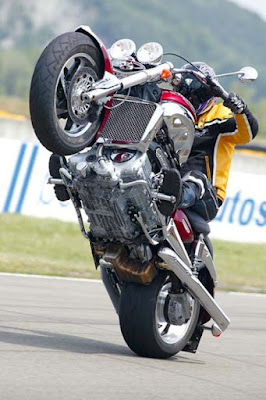 Occasionally test riders try to slip in a few hooligan antics but these are generally frowned upon. All these techniques must be carried out without spilling the riders tea to ensure the rocket 3s legendary ease of handling and comfort remains intact. 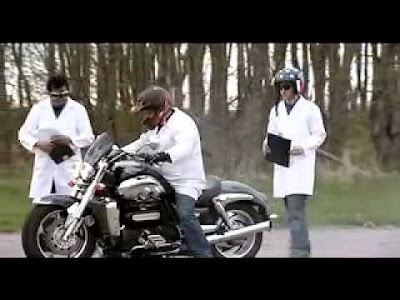 Testing passed; the bikes are finished and are finally equipped with their riders who come off independent production lines throughout the world. All keen to enjoy the thrills the rocket 3 has to offer.

... and the satisfied triumph workers head home after another hard day building the rocket three."

Thank you to Nick Litten for having found this gem and for what I assume is to be the originator of the transcript.

"Copyright Disclaimer Under Section 107 of the Copyright Act 1976, allowance is made for "fair use" for purposes such as criticism, comment, news reporting, teaching, scholarship, and research. Fair use is a use permitted by copyright statute that might otherwise be infringing. Non-profit, educational or personal use tips the balance in favor of fair use."
Posted by Mario RJ Corbin at 7:58 AM