Why Choose Anthropology As A Career!

Whether you are a graduate or you are simply curious there has never been a better time to think of doing an undergraduate degree in anthropology! Despite popular misconceptions that anthropologists work primarily with dinosaur bones- which is in fact what Palaeontologists do - they are in fact beginning to make way into the 21st century as leading contributors in various fields. Anthropology is in fact broken into five sub-categories. They are: Linguistics, Archaeology, Medical Anthropology, Physical Anthropology and Social & Cultural Anthropology. Each section has branched off into its own discipline over the course of the last century allowing for individuals to specialise in either field. Each field is quite specific and depending on whether your career aspirations involve forensics, medicine and nursing, media, social work, social/special care, tourism, business, management, museums, law or education an undergraduate degree in sociology and 3anthropology can provide you with the skills necessary to make any career a successful one.
Read & See More »
Posted by Mario RJ Corbin at 10:05 AM No comments: Links to this post

"After the shock of September 11, Americans rallied around the flag in support of their country and their government. Unfortunately, that commendable sentiment brought a blind loyalty, an unquestioning willingness to accept whatever the leadership said was necessary to fight terrorism. By suppressing our natural scepticism, turning off our analytical filters, we participated in a major national mistake, the invasion of Iraq" (Clarke, 2004).

Read & See More »
Posted by Mario RJ Corbin at 9:59 AM No comments: Links to this post

Mind The Gap By Emily Voggenreiter

Since 1969, Gap Inc. has been making their iconic jeans and clothing line. This company has integrated and diversified, expanding more and more as the years go by. Gap Inc. is the leading specialty retailer worldwide and has become a multinational corporation. Unfortunately, this company has been accused of human rights violations for over a decade that continue to this day. The Gap Inc. has slipped through the cracks and have kept accusations of human rights abuses at bay despite growing evidence in support of said accusations. The following will focus on two points that largely influence Gap Inc. to continue its practices: matters of geographic placements of their factories and the idea of financial losses and gains.
Read & See More »
Posted by Mario RJ Corbin at 9:52 AM 1 comment: Links to this post

The Benefits of Animal Assisted Therapy By Marie-Christine Joly

Cynthia K. Chandler (2005, p.5) describes Animal-Assisted Therapy (AAT) that exploits the strong human-animal bond in order to help the human in a certain healing process. In order to be considered as animal-assisted therapy, the animal as well as the instructor of the animal, both have to be trained under certain criteria. Chandler notes that in this process, the therapist sets up some therapy goals and measures the progress with each meeting. Moreover, AAT can be used in a wide variety of ways: in group therapy or individual therapy, it can be used to help children, adults, and elders and can also be used to help treating a lot of different mental or physical health problems.
Read & See More »
Posted by Mario RJ Corbin at 9:43 AM No comments: Links to this post

Witchcraft and Unfortunate Events Amongst the Azande By Jessica Boissonneau

Amongst the Azande, E.E. Evans Pricthard (1937) explores how witchcraft is used as a complex explanation for death, misfortune and the complications of life. If any of these fall upon any one or anything, it is due to witchcraft. They believe it can be inherited and that a person can be a witch, causing others harm, without realizing their influence. However, witchcraft explains why events are harmful to man, not how they happen. (Evans-Pritchard, 1937, p. 72) For example, there was a little boy that knocked his foot against a small stump of wood in the center of a bush path and suffered pain and inconvenience. It began to infect. The boy stated that it had been witchcraft that made him knock his foot on a stump. Evans-Pritchad (1937) tried to argue with him that maybe he had knocked it because he was careless and wasn’t paying attention. The boy argued back that if he hadn’t been bewitched, he would have seen the stump as he was carefully looking ahead. The boy also stated that cuts usually heal quite fast as it is the nature of a cut, but why, on the contrary, had this cut infected if there was no witchcraft involved? However, when viewed from the western point of view, it would be seen to be caused by human error and carelessness.
Read & See More »
Posted by Mario RJ Corbin at 9:37 AM No comments: Links to this post

Coca-Cola is one of the most popular American soft drinks ever made. However, this huge corporation with the slogan ''Open Happiness'' has its own dark past. Thus it may surprise you to learn that the Coca-Cola Corporation conducted business with the Nazis before and during World War II. Coca-Cola's indifference uillustrates how profit-minded the company was in this dark period of history. The Coca-Cola Corporation was a hypocritical corporation that published  tons of propaganda posters around the United States with slogans to make people believe that Coke was supporting American troops and all the Allied forces with slogans like: ''The drink that fights back, Militant men drink Coca-Cola and Coca-Cola goes along'' (Adbranch.com, 2011). Yet, despite this, they were also publishing similar campagin posters under the banner of Fanta.

Read & See More »
Posted by Mario RJ Corbin at 9:28 AM No comments: Links to this post

The purpose of this research is to see if professors at Champlain College Lennoxville use more active teaching methods than passive teaching methods. We surveyed thirty (30) teachers in total. We hypothesized that teachers engage students more and hence were likely to use active teaching methods. We compiled data about their results and gave values to each method to use in a correlation. Long answer questions allowed teachers to personally tell us what they regarded as important, what they regarded as not important and why. We conducted several calculations based on data from the survey. A correlation showed an extremely low negative correlation between methods used and their importance.

Read & See More »
Posted by Mario RJ Corbin at 9:23 AM No comments: Links to this post

The Importance and Therapeutic Benefits of Communication By Emilie Desindes

Read & See More »
Posted by Mario RJ Corbin at 9:13 AM No comments: Links to this post 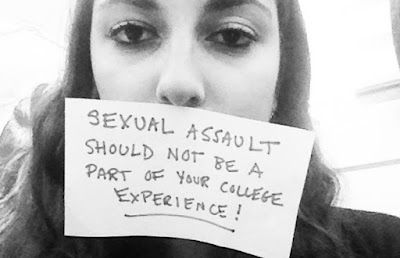 The following was taken from Carleton University's Website. I ask that everyone takes a moment to read it. If you or someone you know has been sexually assaulted or has been the victim of sexual misconduct, do not remain silent! REPORT the offender. There are many of us who are here for you and who will do everything in our power to ensure that your voice will be heard. You are not alone. This affects all of us, regardless of what campus you are from! It is up to us to put a stop to it once and for all. - Mario Corbin

Read & See More »
Posted by Mario RJ Corbin at 9:06 AM No comments: Links to this post

Impacts of Stress on Athletes By Lara Pomerleau-Fontaine

Thesis Statement:
Athletes face financial pressures that impact their level of stress arousal, putting them at higher risk of injuries.

If the dairy quota in Canada were to drop as it has in Europe, Canada's small dairy farmers would face many of the same financial and psychological repercussions. The challenges faced by these producers could result in the complete loss of their business.

Read & See More »
Posted by Mario RJ Corbin at 8:58 AM No comments: Links to this post

Are the Superheroes Of Today Growing Up With The Readers of Yesterday? By Kaitlin Houley

In today’s society, the influences towards women’s beauty standards such as their portrayal in the media and in toys such as Barbie are often explored, however, the impacts of the media representations of males, their toys and masculinity is often overlooked. Superheroes for instance, were characters which readers (mainly boys) could look up to and learn from, when the heroes were not in their costumes, they were regular people with relatable problems and vulnerabilities (American Psychological Association, 2010). However, as time has progressed, the superheroes which were in comic books have evolved and changed (BBC news 2010), as have the standards of beauty associated with masculinity (Jirousek, 1996, p.1), which leads to a question of whether the superheroes of today can be negative role models for children and have a negative impact on their view of themselves.

Read & See More »
Posted by Mario RJ Corbin at 8:52 AM No comments: Links to this post 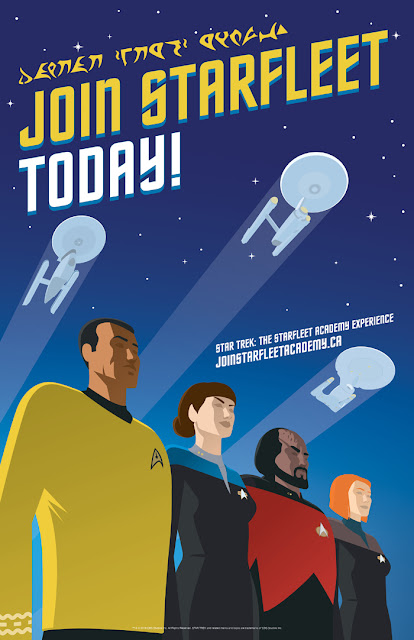 Canada's capital, Ottawa, isn't known for its night life. But then again, the idea of a night life takes on entirely new meaning when your toting three kids with you. Situated three and half hours away from where we live, we figured we'd squeeze in one last family vacation before school starts again. Ottawa boasts many cultural attractions including but not limited to the three venues we visited during our short stay this August. Namely The Canada Aviation and Space Museum which was also home to the Starfleet Academy Experience for a short period of time and The Canada Agriculture and Food Museum.
Read & See More »
Posted by Mario RJ Corbin at 2:04 PM No comments: Links to this post