From Academia to Tattooing - Becoming A Tattoo Artist!

Until recently, I never really considered becoming a tattoo artist. Whilst I enjoy having them, the career path to becoming one has often left something to be desired. Unlike many trades, the industry remains relatively unregulated in North America. That being said, there are those that stand out and separate themselves from the riff raff.  As Crystal-Marie (aka Eternal Sunshine) aptly points out in The Tattoo Life, tattooing has come a long way. Popularized by reality television shows like Miami Ink, L.A. Ink, and Bondi Ink to name but a few, for better or worse perceptions of tattoos have evolved. 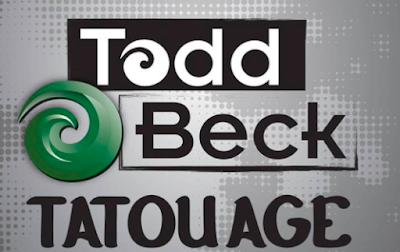 I am not really sure what Todd must have thought about me. I met him a few times, admiring his work from afar (read Facebook). Hailing from New Zealand, he immigrated to Quebec, Canada with his wife many moons ago and presently has his own shop in Lennoxville. He is a good natured and friendly fella who, like myself, doesn't have time for bullshit or popularity contests that many (even if good) tattoo shops seem to go through. Everyone wants to be a rock star in the tattooing world often at the expense of bedside manner. So I was rather chuffed when Todd agreed to take me on as a student. Not least of all because I am a cantankerous pain in the ass at the best of times and frankly, I dislike people in general. But he managed to see through to the inner tattoo artist within me and agreed to take me on once I showed him a portfolio (read loosely cobbled together pictures that I have drawn). It isn't a traditional apprenticeship per se. I won't be expected to kiss his ass on a regular basis though he may let me tattoo it someday. 😏 I will be working for free of course, but in return he is refusing to take a cent from me - even after tuning and repairing some of the tattoo machines I picked up (see below). He really is too damn nice for his own good so I have decided to poison him slowly with Tim Horton's iced cappuccinos for the foreseeable future. 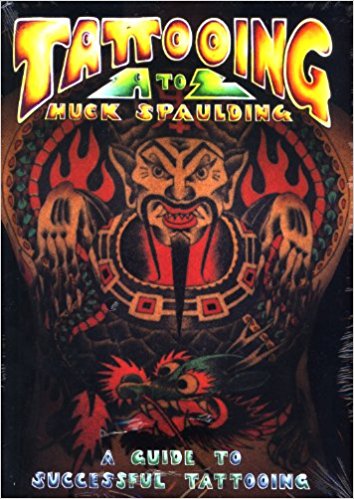 Suffice it to say, teaching has been as wonderful an experience as it has been a miserable one. Whilst I could easily get lost in various discussions as to why both apply, truthfully, I have no interest in going down that sinkhole as it literally just eats away at my soul. 😈 I'd rather be positive and this decision to become a tattoo artist, at least on a part time basis for now, stems from a part of me that wants to do something that people actually want to participate in instead of the majority of students who can't live without their fekking cell phones for five minutes. I digress. Unlike many of my colleagues in academia, I came from humble beginnings where hard work involved more than just having to work on a Friday or commute from Montreal to Lennoxville. I have done jobs that have been both back breaking and heartbreaking. In truth, whilst I don't regret my choice to pursue an academic career, I also don't regret my decision to slowly but surely start divorcing it either. Tattooing is a natural fit and represents an artistic part of myself that I have had to put on the back burner for the majority of my adult life. So in many ways, Todd is helping save a part of myself that I had all but given up on (cue Barry White....). Many of you might be thinking, why bother at all with an apprenticeship when you can just watch YouTube videos and or take a tattoo course. Personally, I don't have anything against either of these recommendations. However, there are no courses offered in my neck of the woods and even if there were, I prefer a hands on approach. Todd has already been a wealth of information and has even provided me with invaluable reading material (see above). It's the kind of one on one teaching that you just can't buy today. 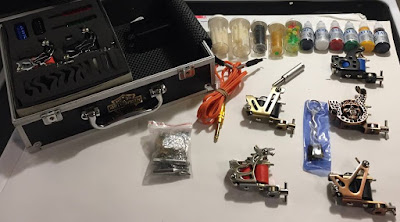 As I will be beginning on pig skin (oy vay), I decided to get a used set of machines and supplies. The machines turned out to be quite a steal at the price I paid for everything and thanks to Todd, they are in tip top condition. Todd has even used some of the machines to tattoo over the course of the last month and is very happy with them. As you will see, they are coil machines and not rotary. There are pros and cons to both, however, for the time being, there is nothing wrong with starting with a classic. The first thing I learned about the tattooing industry is that opinions are like assholes. Everyone has one. Actually, its quite similar to academia in that regard. 😏 However, as I have already alluded to, Todd is a real gem confirming what I already suspected, there are no right or wrong ways to do something, you have to find the way that works best for you. I'd call him dad if he wasn't only ten years older than me. In all seriousness though, for someone thinking of starting to tattoo, you're better off starting off with a kit and practicing on pig skin (or similar material). The kit is straightforward and had nearly everything I needed. Thanks to Todd, I'll have access to some needles, and a full tattoo shop including an autoclave. 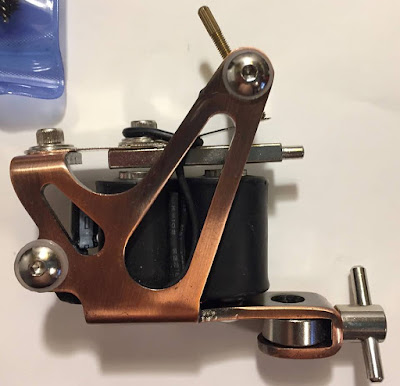 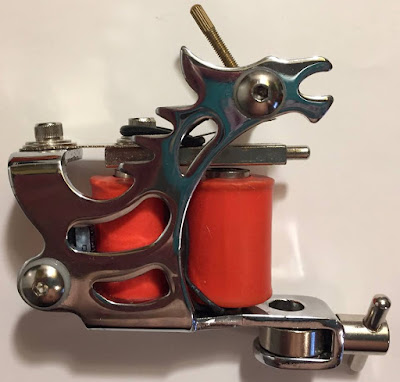 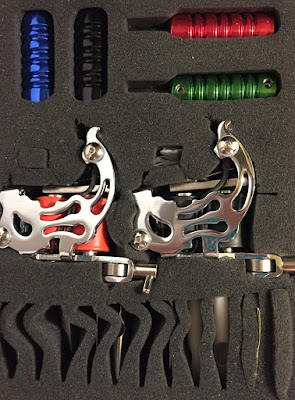 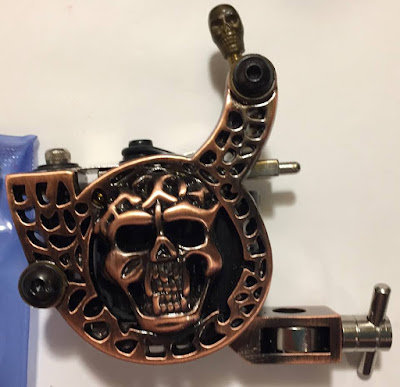 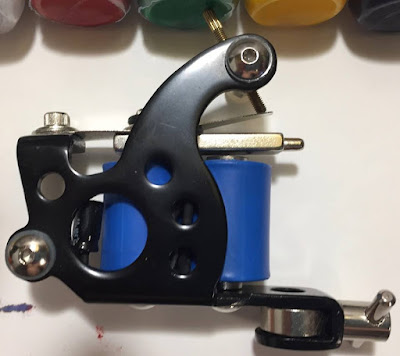 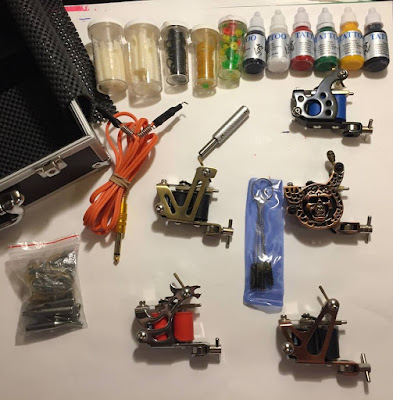 Subsidizing my adventure into Tattooing is my full-time job as a CEGEP/university professor. An ideal situation if ever there was one, not least of all because I have my summers off. So when I am not out trying to drown my kids at the beach or riding my lovely Bella throughout the Eastern Townships, I'll be learning how to tattoo with Todd. Whilst I am a long way off from human trials, as you can see, Todd has made good use of the tattoo machines above. If only the tattoo machine made the artist and not the other way around, I'd be set for life! Looking for a tattoo by a reputable tattoo artist? Don't worry, I am not talking about myself (yet). Look no further than Todd Beck! Contact him today to set up an appointment for a consultation or contact him directly through his Facebook account.