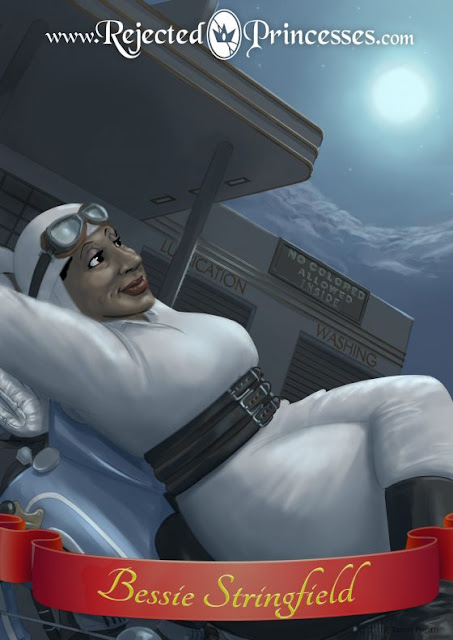 Every now and then you come across something so special that really, it boggles my mind that these people's lives are not celebrated openly by everyone. Bessie Stringfield (1911-1993), otherwise known as The Motorcycle Queen of Miami, is one such story. My better half, Jennifer, sent me a link to a Rejected Princesses the other day that celebrates women from history who were too awesome, awful, or offbeat for kids' movies, at least, according to Jason Porath, author of Rejected Princesses: Illustrated Tales of History Boldest Heroines, Hellions, and Heretics. The story of Bessie Stringfield is beautifully illustrated and gives readers a glimpse into an undoubtedly inspiring woman who defied convention and lived a life less ordinary. Porath sympathetically tells Bessie's story in such a way that leaves you wanting to learn more about her life and adventures. His approach, using illustrations, makes the story come alive all that much more. What's more, his entire website is a treasure trove of information about women from all over the world. My only problem with this entire series, let alone the wonderfully illustrated book about Bessie Stringfield is that I didn't think about doing this first. Well done Mr. Porath! 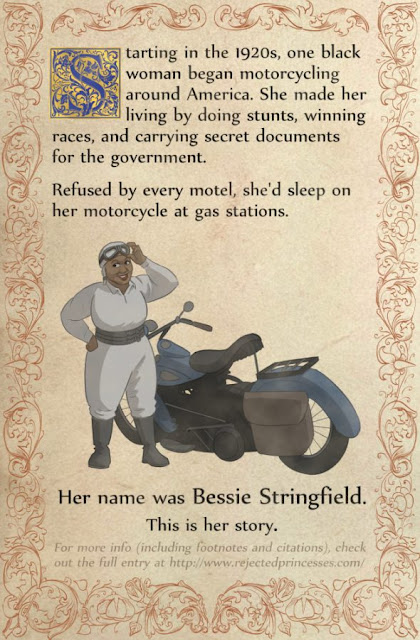 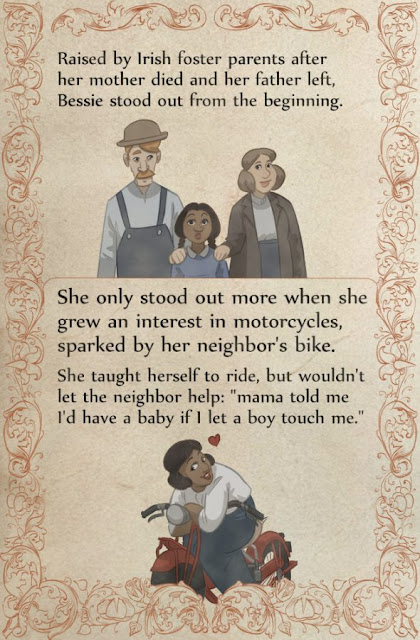 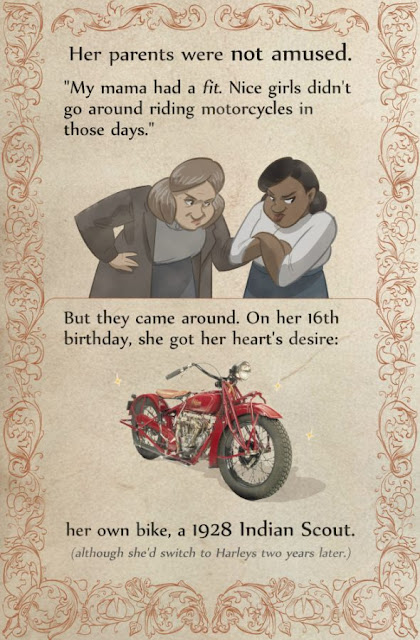 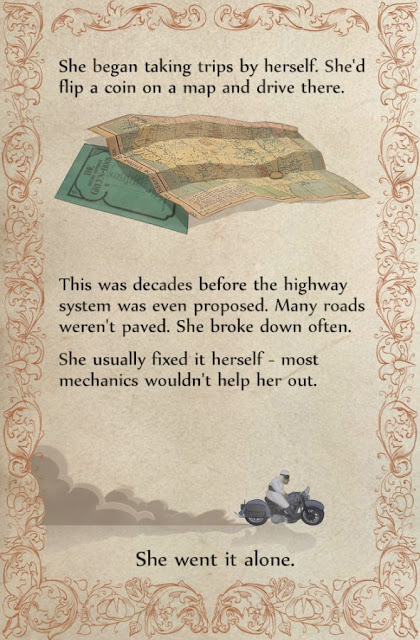 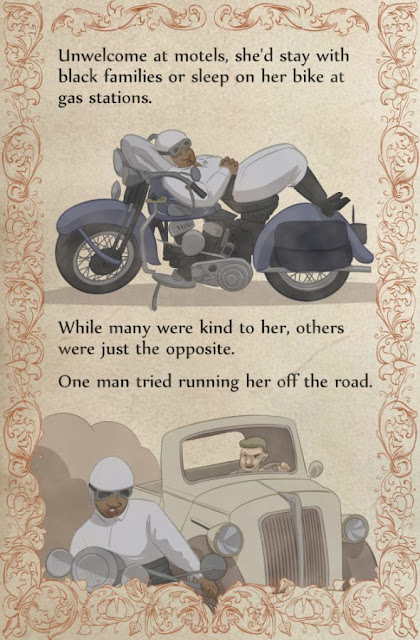 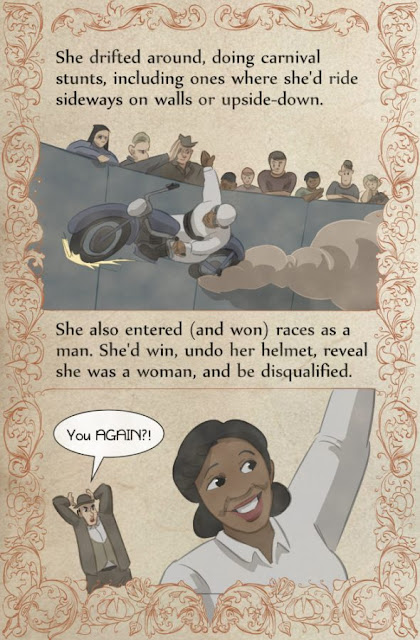 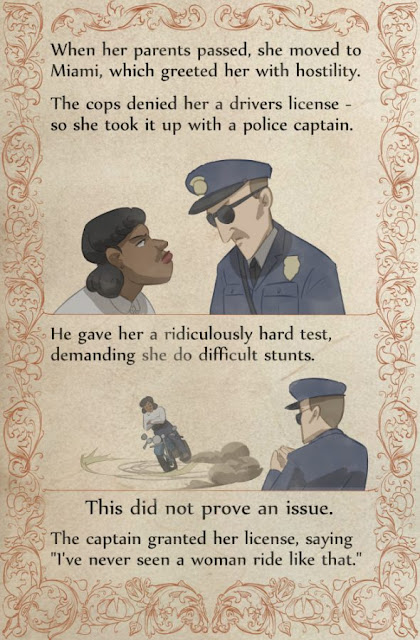 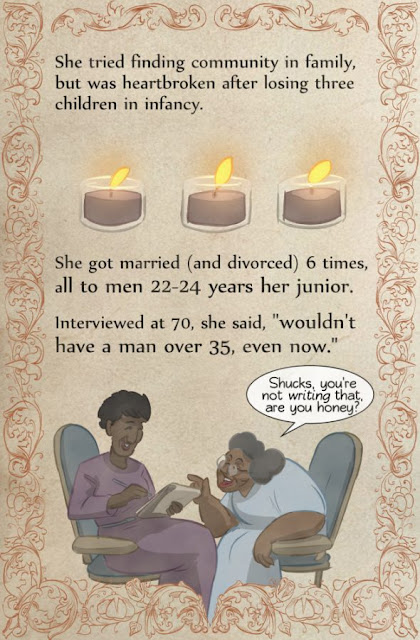 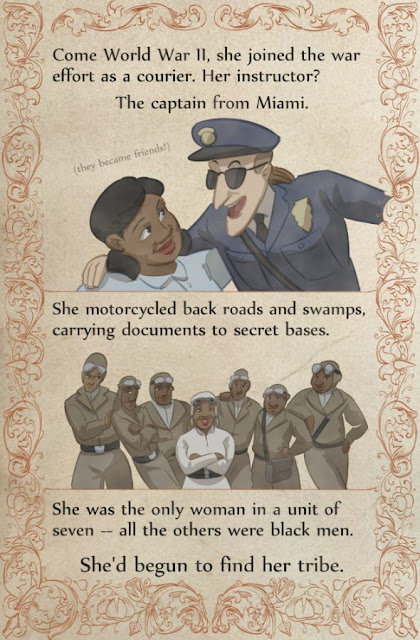 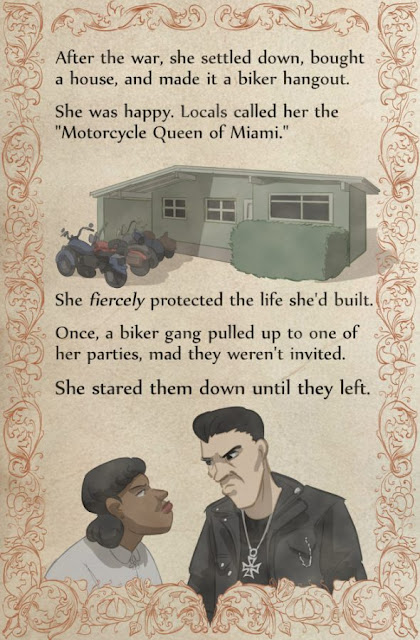 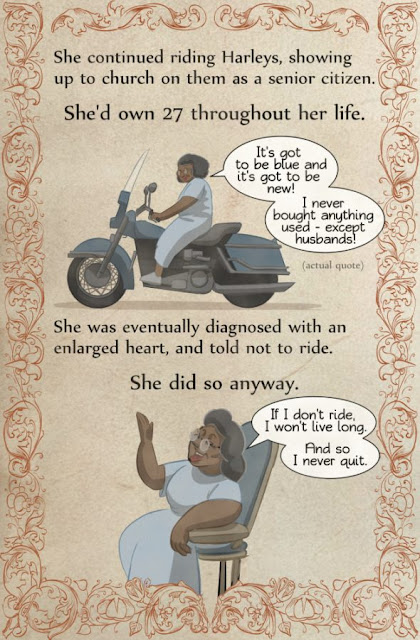 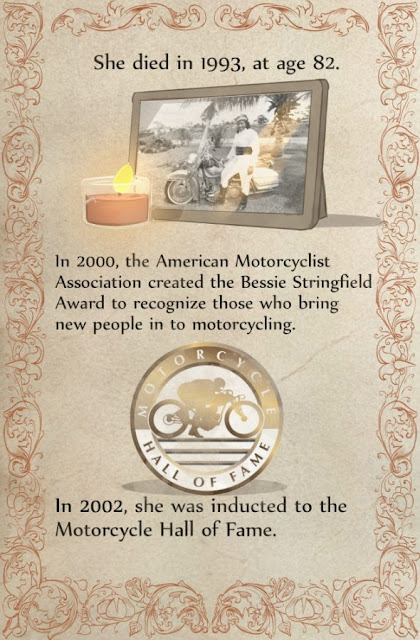 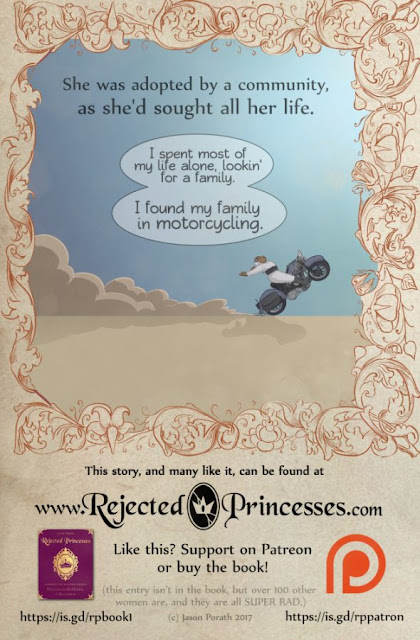 The above story is available for free!
Story/Pictures © Jason Porath
Posted by Mario RJ Corbin at 10:46 AM