It seems like just yesterday that my oldest son had just come of age and had his very first motorcycle ride with me atop Serenity, my former Suzuki Intruder way back in the summer of 2013. Somewhere between that time and everything in between my baby boy grew up. Turning 12 this month and with high school looming above his head this September, I felt the need to mark the occasion in such a way that will be memorable for both him and I. Whilst I am not sure what he will think of this trip in twenty years, I confess that I hope his memories of the three day road trip will be more favourable than Robert Pirsig's son Chris in Zen & The Art of Motorcycle Maintenance. I wanted the experience to be stress free and minus the structure that he is about to enter next month when he starts high school. What little planning was made revolved around a general direction and sense of where we wanted to be and what we wanted to see. There would be long hours on the saddle and it would also be a test of his endurance as he had never travelled for so long on a motorcycle before. Naturally, Bella, my 2014 Moto Guzzi V7 Racer was more than up to the challenge and lended a sense of excitement and class to the whole experience.


In the spirit of the open road we set off Saturday mid-day with little more than an expectation to find ourselves several hundred kilometers away from home. We decided that the one thing we wanted to see was L'Épopée de la Moto, located over 300+ kilometers away from us. We drove for nearly two hours before stopping at a Prehistoric McDonald's just an hour outside of Quebec city. At one point my son, like most children, was fanatical about dinosaurs. At the tender age of 6 he was able to name (in their academic terms) the dinosaurs by their technical names. Whilst they provide little more than a passing interest today for him, I couldn't help but feel that this was somehow suitable. It was as if we were visiting parts of who he was whilst getting to know who he is and what perhaps may become of him. 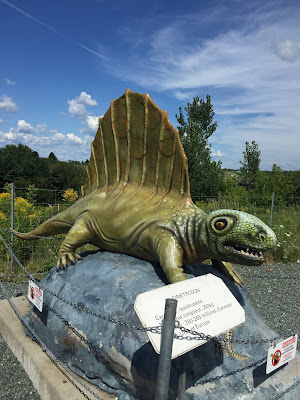 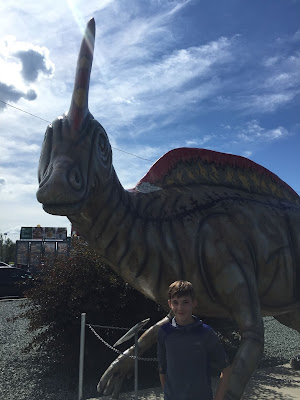 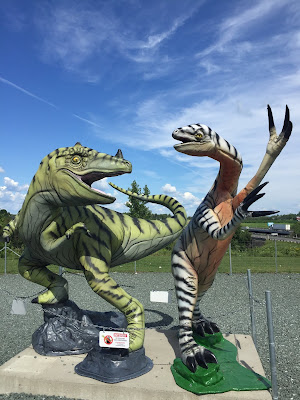 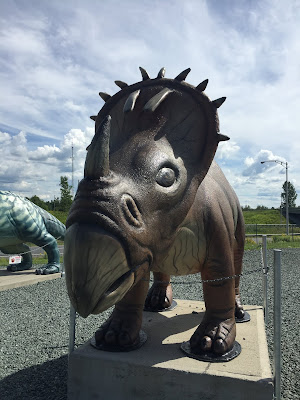 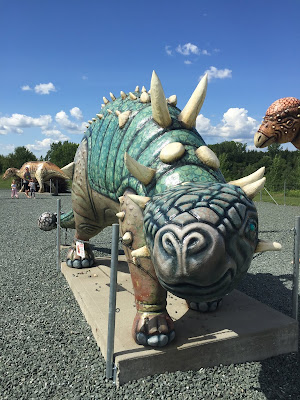 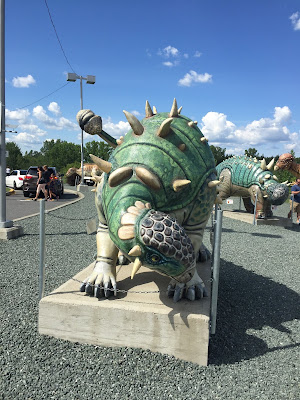 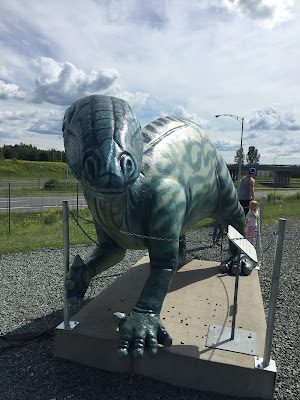 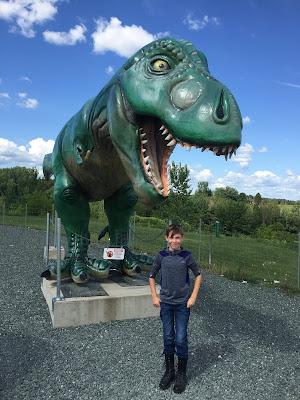 Admittedly, the first day of our trip was otherwise rather uneventful. We found ourselves lost in our own thoughts as we rode around both the backroads and some of the highways. By the time we found ourselves entering Quebec City we were getting tired and hot. The summer evening's heat didn't seem to let up as we soon found ourselves desperate for a pool (which we never found). However, the majority of the hotels in Quebec City were either booked up or asking crazy prices ($300+) per night. Admittedly, we didn't mind too much as we never anticipated staying inside Quebec City anyways. Having been there in January for my wife's birthday, we found the experience this time very similar. Despite being a tourist magnet, the people who work and live in Quebec City seem to have a genuine disdain for tourists. Overall, we found the people no more polite or respectful this time around and we were all too happy to head out north of the city. 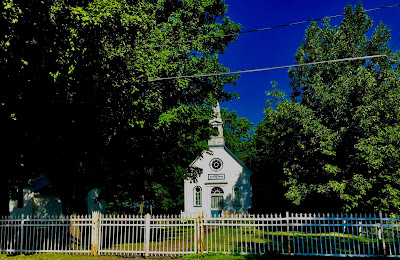 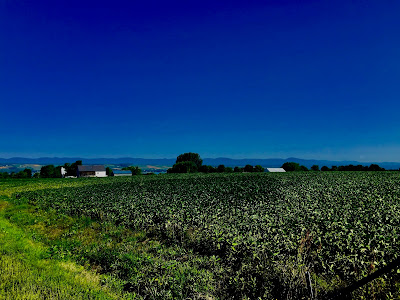 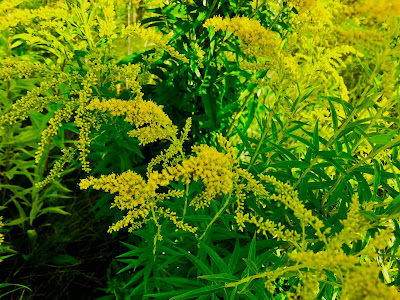 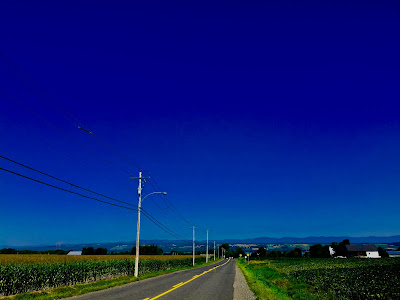 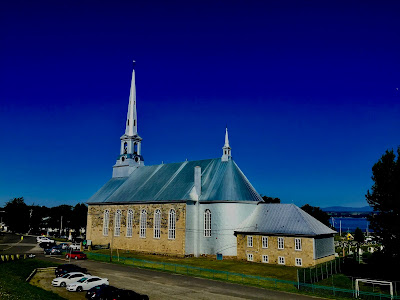 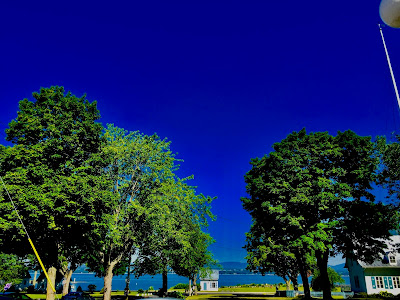 Eventually we found ourselves just outside the village of Beaumont and St. Charles. Both communities were established in the 1600s (17th Century). It's the kind of scenery that you could lose yourself in for days if time wasn't a factor. By this point my son had travelled well over 3oo kilometers and had used my back the majority of the way as a make shift pillow. Resting his head he found himself getting the best views as I felt him changing from left to right on occasion to look at not only what mother nature has to provide but equally, the exotic cars that passed us by. In total, I reckon we saw nearly every make of car imaginable with few exceptions (my son is disappointed he didn't see a Ferrari - but we did see a Lamborghini!). Traffic was especially light and both Joel and I found ourselves at pleasant little motel, aptly named Motel - 341 in what felt like the middle of nowhere (because it was). 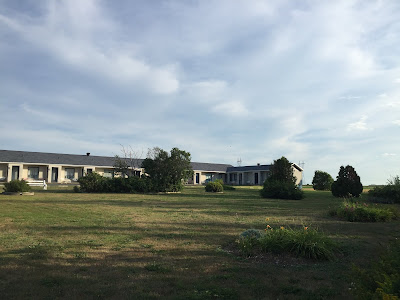 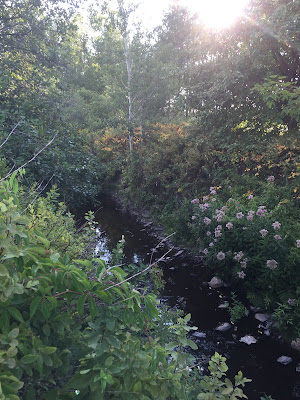 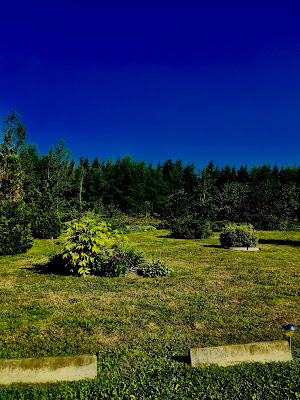 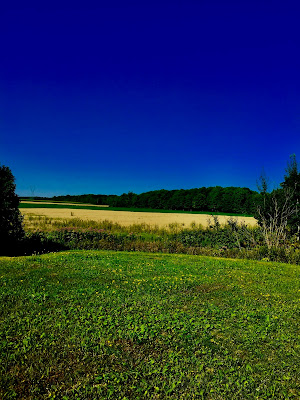 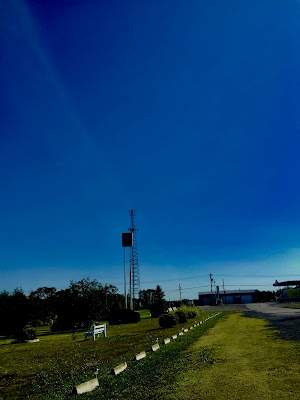 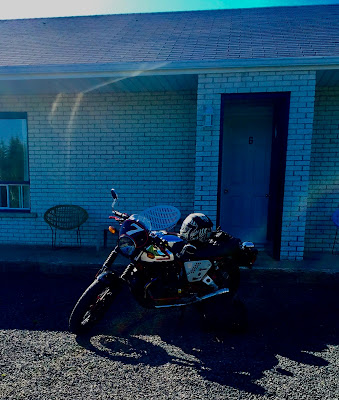 As I rang the doorbell I could see that the owner of Motel - 341 was rather wary of renting a room out to a fellow who looked like me. However, upon hearing (and seeing) that I was there with my soon to be 12 year old son, his demeanour changed rather quickly and he became quite warm and friendly (especially towards Joel). Sadly, there was no where to eat nearby (the restaurant at the station in front of the motel had shut down) so our sore buttocks reluctantly found themselves getting ready for a ten minute ride into St. Charles. Hungry, we decided to take the store clerk's advice and try out a little mom and pops place called Chez Vic's. 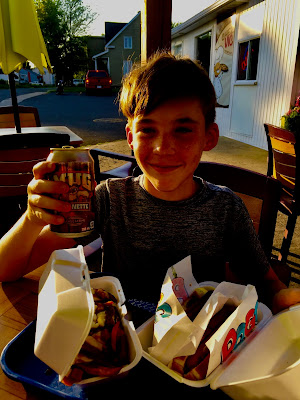 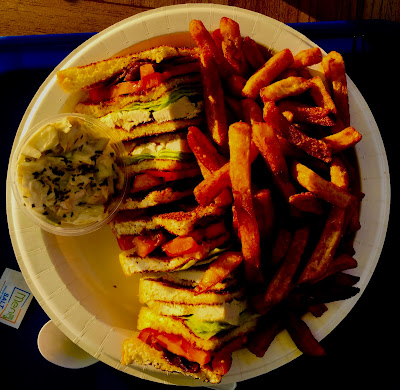 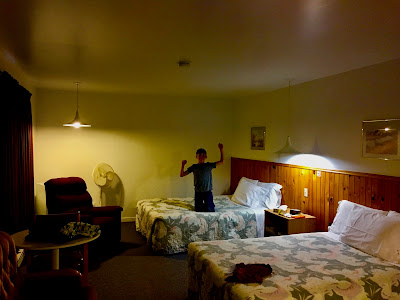 Nothing like a cool (root) beer after a long day's ride. I was particularly chuffed as my club sandwich was at 1980's prices. For $6.98 you would be hard press to find one so cheap anywhere else (average price is $10-14). With the sun setting we found ourselves taking in the beauty of the countryside. By the time we got back to the motel, we were relieved to have found a place as clean as this little motel was. In fact, I will go so far as to say that Motel-341 was in better condition and cleaner than many big chain hotels I have stayed at in the past. For $85 CDN a night (taxes included), what more could you ask for? We ended our night by calling home (we were missing everyone naturally) and later, tucking into some candy and chocolate for good measure whilst watching Iron Man on the ol' television. Does it really get better than this? 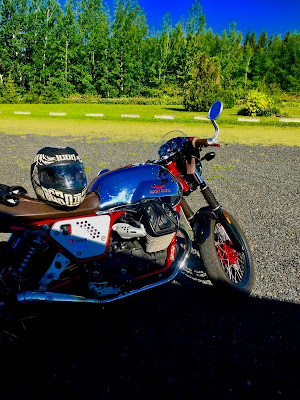 Bella performed flawlessly (as always) and she is a real credit to the lads in Mandelo del Lairo. We have a customized OEM gel seat on the bike. Whilst it performed very well, we would be remiss if we didn't confess that we had some slight monkey butt by the end of the 1st day. Nothing too bad though as overall, the seat performed even better than the Corbin Seat that I had originally purchased for the bike. Joel being 11 years old, there was plenty of room for both of us on the bike to be comfortable over a long stretch of time. The latter coincides with my wife's review of the bike as a passenger some years back. I think the overall experience by the end of day one was rather surprising for my son. With no technology to distract him and only the sound of the wind, engine and sight of the open road he found himself alone with his own thoughts for literally hours at a time. Something we take for granted nowadays. He surprised even himself I think and for the first time in a long time we found ourselves just enjoying each other's company without thinking or trying to make small talk. After all, sometimes the best conversations are often those that are left unsaid.
Posted by Mario RJ Corbin at 2:59 PM