Having had several mandalas created by the very talented Noémie Rosa Tatouage, I know how precise the art of mandala making needs to be. Thus, I was rather excited when I came across Staedtler's Mandala Creator. It allows you to create your own mandala and comes loaded with options to create something unique and personal. A great tool for any tattoo artist or apprentice looking to create unique mandalas for themselves or their clients. Inevitably, it also begs the question: what about the human factor? When a client approached me to put together a mandala for her earlier this summer, admittedly, I felt out of my depth. I had drawn up several rough drafts (see below) and whilst the general consensus was that they were pretty, they would not be suitable for tattooing. The latter became especially clear to me when I posted four of my designs on Photo Tatouage on Facebook for constructive feedback.

Unlike many of my colleagues in the tattoo industry, I don't have any sophisticated software programs. Everything is done by hand for the most part with exception of sizing an image for example. I rely on Microsoft Word for the latter. I'm not saying it is impossible to draw a perfect mandala, as many artists design beautiful mandalas by hand. I am simply saying that I need far more practice. There are of course online tutorials to help as well for the discerning artist. In addition to the latter, I received a lot of very helpful advice and feedback from other artists on how to perfect my mandala art. Including the second mandala above, these are the other three mandalas that I posted on Photo Tatouage:

I used several stencil rulers that I had purchased at the beginning of spring to make the initial designs and coloured in the mandalas based on, well, my mood. Mandalas are freaking time consuming to do and in all honestly, I could have literally drawn up several Marvel or DC comic book characters in the time that it took me to complete the above four hand drawn mandalas. I know they aren't perfect and in fact, this brings me to my second point. How can anyone compete with a computer program? Today it seems that unless a tattoo design, let alone the tattoo itself, isn't as pristine as people are seeing in the Photoshopped (or similar) image, then there is hell to pay. Even the above four mandalas received some interesting feedback ranging from your usual internet trolls to some very supportive and constructive comments: 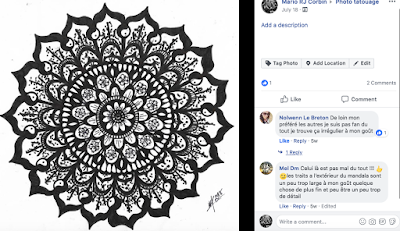 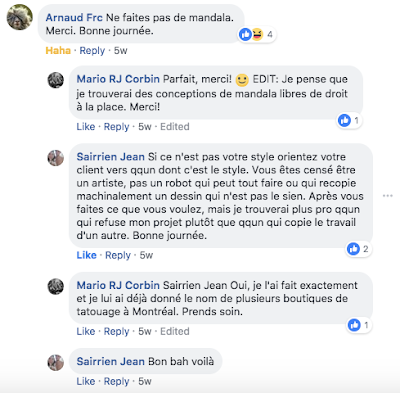 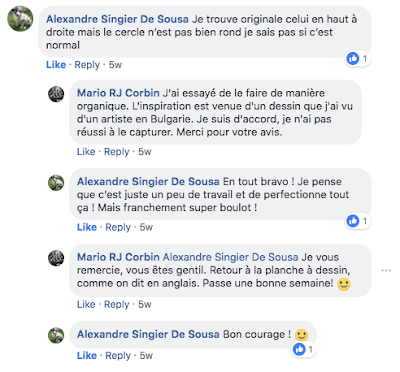 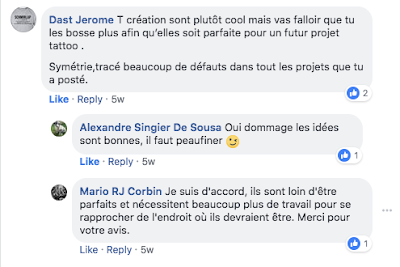 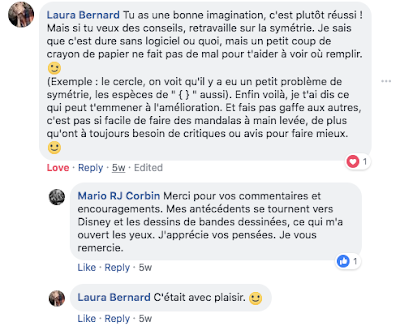 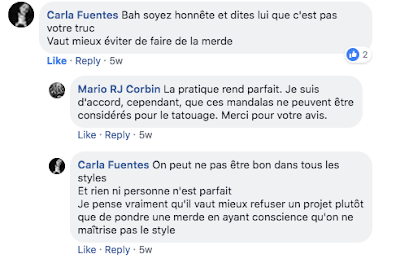 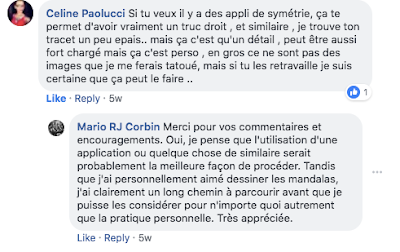 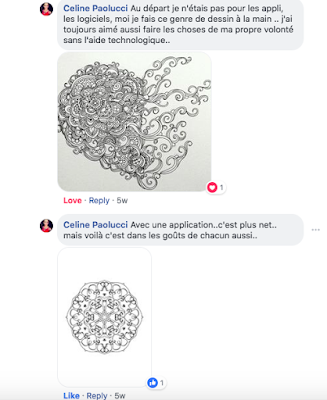 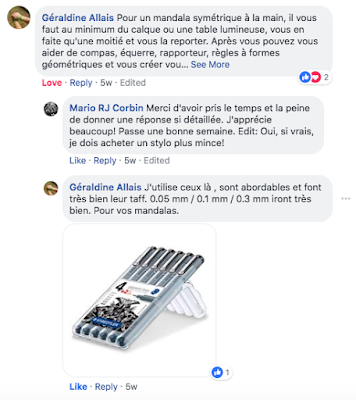 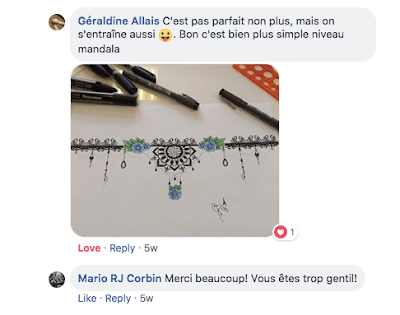 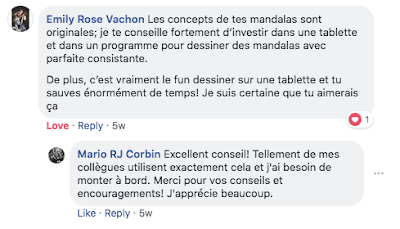 I have been very lucky so far in that any feedback that I have received online through similar forms, including Tattoo1Source, has been helpful and even educational. However, the fact is, there isn't a single tattoo on my own body where I can't see some error, regardless of how minute said error may be. As mentioned in the comments above, tattoo artists are not machines. That being said, I have always said that if I can't do a tattoo justice (including the design) than I will happily recommend a studio that can. In the end, that is exactly what I did and I sent my client to Noémie to get her mandala done. Whilst I understand that I will have to eventually invest in the appropriate software to create some of the designs that are being produced, I'd rather focus on my strengths at the moment. In any case, when it comes to online mandala creators there are several to choose from online.

Staedtler.com is the most simple and straightforward to use that I have come across. Whilst still not perfect, the mandala that I put together using this program was fun. There are literally dozens of elements to choose from that can be mixed and matched to create something that your client and you will be happy with. Best of all, the website allows you to download the image in PDF at the end. There are no hidden costs (at least, that I could see) and the tools available allow you to perfect your mandala before printing it. I had only used the online program for a minute or two and so didn't take advantage of all of its applications. Regardless, in just five minutes I produced something that has gotten more likes than any mandala that I have drawn to date. Naturally, I am still going to practice drawing mandalas by hand but at least now I feel like I have a chance to actually design something that clients will immediately fall in love with within a reasonable timeframe. Personally, however, I think there is something to be said for the human touch. As I mentioned above, I can see the little mistakes in my own tattoos. However, I quite enjoy them regardless and look back fondly at the experiences I have had. No tattoo artist is perfect, some are just better at covering up their mistakes than others. Food for thought.