What better way to say farewell to summer than to spend the autumnal season with two German Shepherds and our lovely children. Since moving into our new (to us) house, opening up a tattoo studio and adopting a second (albeit senior) german shepherd this past Spring (not including our regular jobs - no less than four between the two of us), we have found ourselves busier than ever. It's a wonder that we ever find the time to relax, let alone get out there and have fun with the kids (including our dogs). Our biggest challenge has been adapting to life with two big, clumsy yet playful and sweet dogs. Finding a place to walk them has often been a challenge as we have already experienced some issues with locals who are ignorant about the breed. That being said, our dogs, Rosie and Leo, whilst boisterous; at times obnoxious (barking at squirrels and other dogs), sometimes downright annoying (why can't they do all their pooping in one spot instead of leaving a trail a la Hansel & Gretel?!) have otherwise been a joy to have as part of our lives. 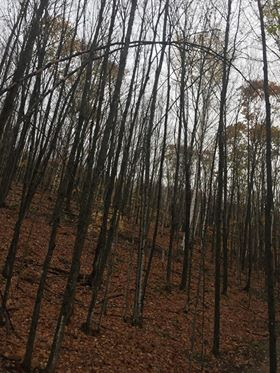 We came across a lovely trail that is perfect for family hikes and dog walks. Rosie, now ten months old, is as sweet as the day that we adopted her. However, she is strong and stubborn and she knows she can overpower some members of our family. She is perhaps the most intelligent dog I have ever met and is filled with curiosity for everything nature related. Rosie spends most of her outdoor time trying to look at everything and anything. She loves looking up into the sky as well regardless of the time and day. Sometimes it's to glance at the passing geese as they head back South for the winter whilst other times I could almost swear she was just admiring the constellations above us. Her intelligence also means that we have to up our game in keeping her stimulated as simply taking for walks, even in areas as beautiful as here, is not enough. She loves all sorts of games and activities and does well with her companion, Leo. 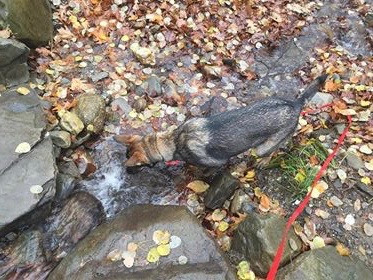 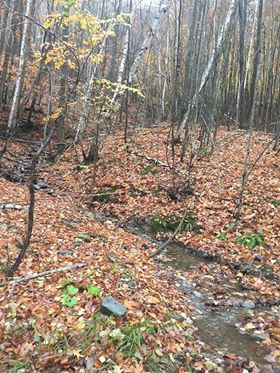 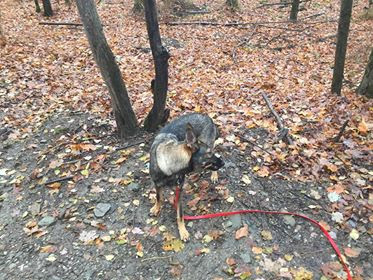 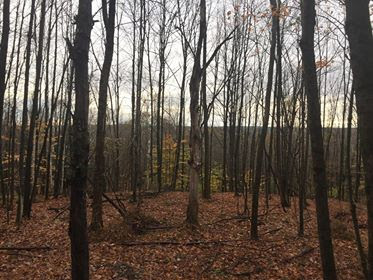 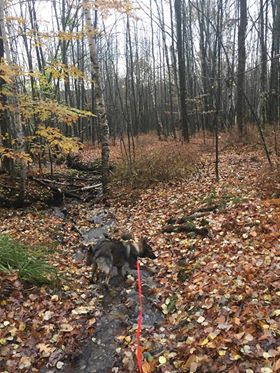 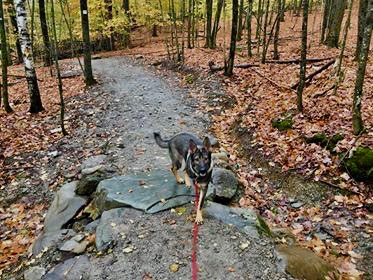 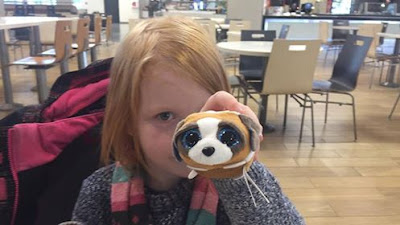 Our dogs and our kids have formed an everlasting bond. The kids have always been raised right when it came to being around animals. However, we are so lucky that our two dogs have adopted our children so well. Whilst both dogs are quite loving towards our children, their energies are different and hence, so too are their relationships with them. Rosie is just a baby still after all and doesn't know her own strength. She is mischievous and playful and has on more than one occasion stolen a stuffed animal from one of our two youngest kids. In return, however, she is quite patient and affectionate with them even if our kids are still worried about those shark teeth (which, in fairness has become a thing of the past since introducing Rosie to Leo). 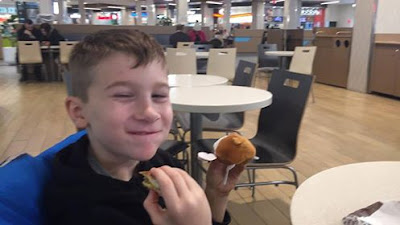 Leo, on the other hand, is an old soul. That is not to say that he isn't playful. Quite the contrary, both he and Rosie often play together and if you didn't know better (or see the white around his snout) you would swear he was only two years old. However, at 9 years old this month, when it comes to the kids, that excitable energy we see in Rosie has been transformed into something gentler and long suffering. It isn't unusual to find him sleeping by the kids at night. He literally takes turns sleeping in each room during the night. He keeps a watchful eye out on them and often finds himself on his back to garner their attention and affection. Long belly rubs, cuddles and kisses (of course) seems to make him feel content, if not a bit overcrowded at times. Not bad for an old soul who has only been with our family for six months. 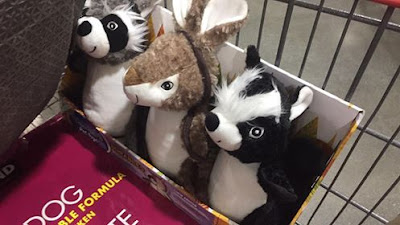 Rosie's fascination with stuffed teddies led us to buying her a box set of three. We tried to give one to Leo but he is not into such things. We got this trio from Costco and suffice it to say, we only gave Rosie one. It lasted all but five minutes before utter carnage took place. Regardless, it was a good distraction for her as the kids and I started some arts and crafts. Whilst the kids and I drew and prepared for the night's pumpkin carving, Rosie and later Leo decided to teach that stuffed Skunk that it was no match for two German Shepherds. 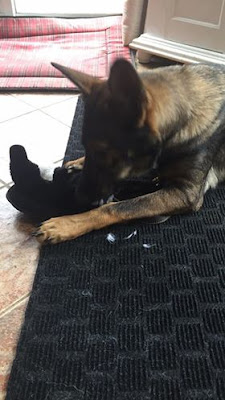 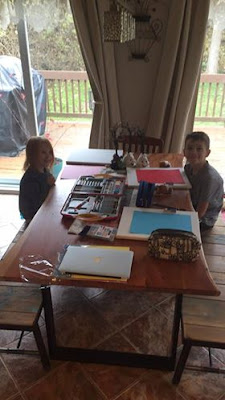 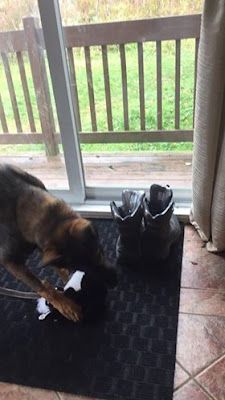 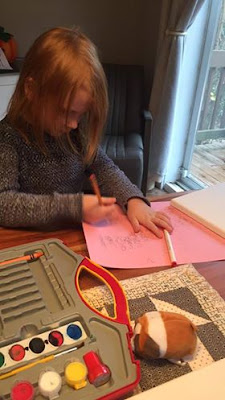 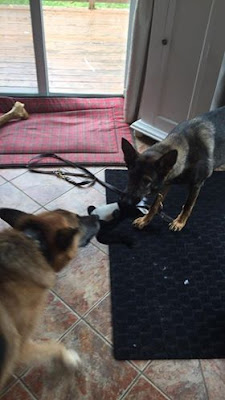 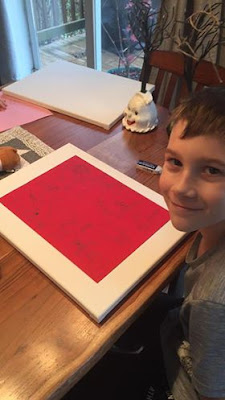 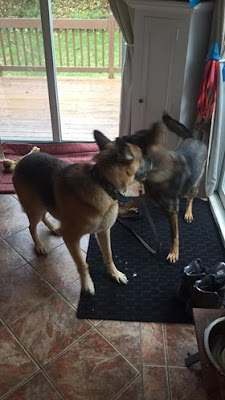 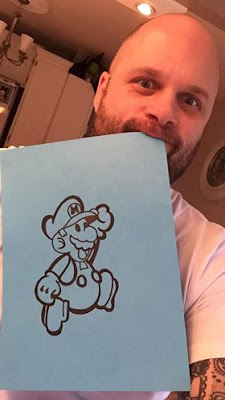 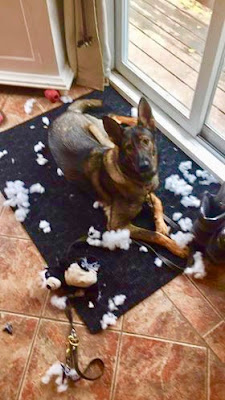 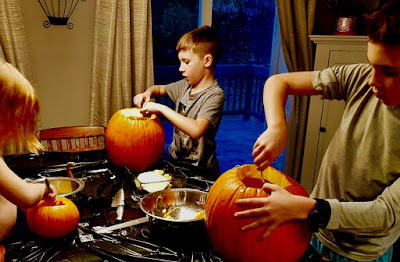 Rosie looking sufficiently satisfied with her work, the kids and I later set to the task of carving pumpkins. My mind likes to play tricks on me. It's easy to forget that our kids were once so tiny and helpless. Having a puppy in particular helps contextualize just how quickly time flies. We often find ourselves trying to grasp at the impossible. Slowing down time is not an option, but neither is allowing it to pass us by too quickly. Its sometimes an exhausting battle but one that isn't untenable as moments like the above help to make me appreciate the wonders of life. 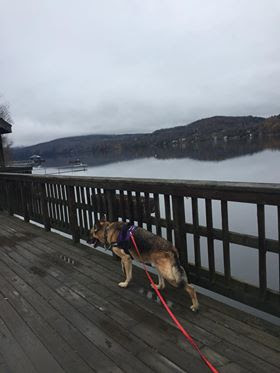 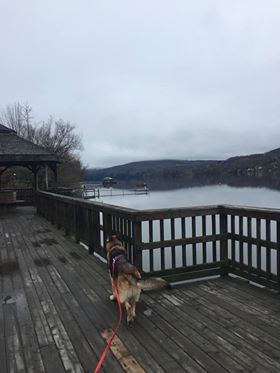 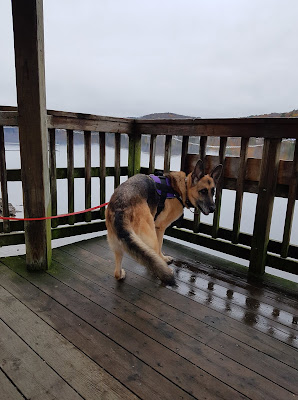 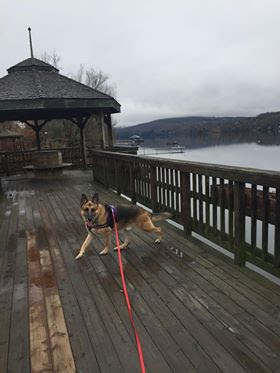 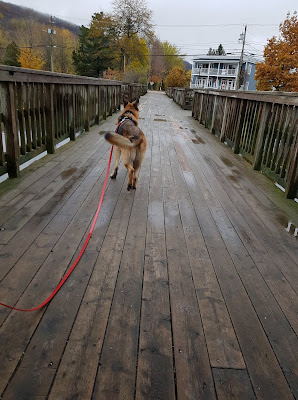 I find walking both dogs together can be troublesome at times. Their energies are so different that sometimes they even get annoyed with each other whilst out on a walk. Rosie still pulls a bit too much for my liking but is continuously improving. Leo is a seasoned walker and stays close by. I usually take one dog out in the morning for a nice long walk and the other in the evening. Whilst I have no doubt that I could walk with them off lead, I would never take the chance. Too many dangers around ranging from cars to worse, ignorant people. They spend the majority of the day with me since I am presently on sabbatical. However, fret not, our jobs are flexible enough that they would never be left alone for too long anyways. Both Rosie and Leo are so intelligent that at times, its hard not to anthropomorphize them. That being said, however, there have been several moments where their intelligence has shined through and its clear to me that these wonderful animals have so much more to share than just being a companion animal. They are bright, playful and surprisingly kind. My children have benefitted as much as they have by being in each other's life. They are family.
Posted by Mario RJ Corbin at 3:32 PM