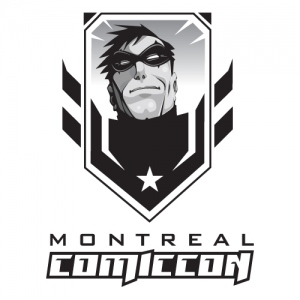 Foregoing any preconceptions some may associate with events such as Montreal's 2012 Comic Con, I decided to take the plunge finally and see for myself what the hype was all about! However, that being said, I wasn't willing to do so on my own... at first I tried to wrangle my oldest son to come with me but realistically speaking he wouldn't have had the patience or the courage to face the barrage of crowds and multitude of costumed vigilantes. The line alone to buy just my ticket today took no less than just over an hour! Than it occurred to me; why not try and get some students to come along?! I wrote and teach a course entitled, Consumerism, Leisure and Popular Culture and thought that this event would be a, ahem, 'super', way of introducing new topics in the near future. Comic Con has been gaining momentum in La Belle Province and this year they have featured special guests such as Adam Baldwin from the short lived but excellent television series Firefly, Saul Rubinek from the hit television show Warehouse 13 and Wil Wheaton from shows such as Star Trek The Next Generation and The Big Bang Theory! There are some other surprise names waiting for you below as I managed to capture a few pictures of them!

I work in the Eastern Townships in Quebec, Canada and travel daily to and from work via my '96 Suzuki Intruder 1400 (aka Serenity) as often as possible. It's a round trip of just over 350 kilometers a day...

People often ask "why do you do it?" I can't help but think "how could I not?"